3. "Magic" by The Cars - Cyndi plays this over the speakers on opening day at the Countryside pool. 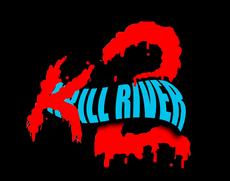 13. "Rave On" by Buddy Holly - Kent Carver's punishment song he plays at the hospital during the Epilogue.

1. "The Safety Dance" by Men Without Hats - The song that is playing at the school dance in Chapter One.

8. "Mercenary" by the Go-Go's - the last song played at Thrill River during opening day.  Johnny works at the wave pool and thinks of Cyndi as the sun sets.

11. "Runnin' With the Devil" by Van Halen - Brady's favorite song.  Also the song that plays as Brady is stalked by the killer at the wave pool.

2. "Money Changes Everything" by Cyndi Lauper - the song Cyndi listens to while searching for a summer job at the mall.

9. "Der Kommissar" by After the Fire - the song that blasts over the speakers as Eddie is stalked by the killer at the wave pool.

5. "Hot For Teacher" by Van Halen - Brady listens to this song while working up on The Falls ride at Thrill River.

7. "Don't Worry Baby" by The Beach Boys - Johnny hears this song on the radio while he works on The Falls ride and  Jennifer flirts with him.

4. "The Waiting" by Tom Petty and the Heartbreakers - The song playing in the background as Cyndi and Johnny sit and talk at the pool after hours.

10. "All Through the Night" by Cyndi Lauper - playing on the boom box at the deserted lifeguard party when Cyndi finally shows back up at the park at dusk.

6. "Hello Again" by The Cars - the song that eerily plays over another song on the speakers at Thrill River. 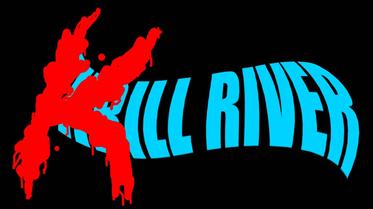 12. "Time After Time" by Cyndi Lauper - the song Cyndi and Johnny finally share their first dance with in Cyndi's room.

Ever wonder what one of the songs in Kill River 2 sounds like?  Check them all out here (Caution: Potential Spoilers below).  All 13 of these songs were either featured in the storyline of Kill River 2, or imagined as background music during certain scenes.  Check 'em out here or click here to play the entire set on youtube.